Chat with us, powered by LiveChat
Skip to content
Home
/
Blog
/
Tablet
/
iPad Mini and Mini 2 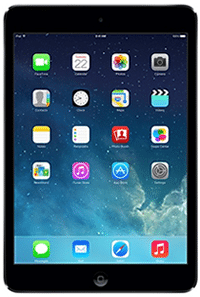 We know the frustration when your iPad Mini and Mini 2 decides to have a bad day and malfunctions. Perhaps it won’t turn on and your data is compromised, don’t worry because data recovery services and any hardware issue can be repaired with us. Don’t wait no more, come to iTouch Repair today.